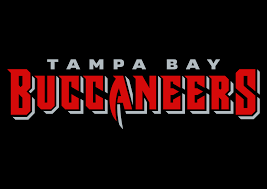 TAMPA- All the Tampa Bay Buccaneers needed to do was defeat the Atlanta Falcons this past Sunday in order to lock up the No. 5 seed in the NFC Conference playoffs.The Buccaneers defeated the A. Falcons’ team two weeks prior in Atlanta 31-27, behind a masterful performance from quarterback Tom Brady.

The 43-year old gunslinger delivered once again versus the Falcons, as Brady threw for 399 yards and four touchdowns to lead Tampa Bay to a 44-27 victory over Atlanta in the regular season finale. The Buccaneers now move on to face the Washington football team, who locked up winning the NFC East by beating the Philadelphia Eagles 20-14 on Sunday night.

One of the goals that day other than locking up win No. 11 and the No. 5 seed was getting wide receiver Mike Evans the appropriate 40 yards he needed to surpass Randy Moss as the first wide receiver in NFL history to start his first seven seasons with over 1,000 yards. The Buccaneers made that happen early on in the first half, but disaster nearly struck as Evans, on a pass from Brady to the endzone, seemed to have tweaked his left knee the wrong way.

Evans would be ruled out for the remainder of the game, but MRI results later came back negative with no structural damage to his knee. On Monday, Bruce Arians labeled Evans as getting ‘day-to-day’ injuries and should be available for Saturday night’s playoff tilt versus Washington. With Evans out for the remainder of the game, it would be up to receivers Chris Godwin and Antonio Brown to pick up the slack and that they did.

Brown ended up having his best game as a Buccaneer to date, with the former Pittsburgh Steeler catching 11 passes for 138 yards and two touchdowns. Godwin had about as much of a productive day catching the ball, snagging five passes for 133 yards and two scores. The Tampa Bay offense had no problems slicing and dicing the Atlanta defense, but it would be the Buccaneers’ defense that had issues stopping the Falcons’ offense.

Atlanta quarterback Matt Ryan had himself another solid day versus the Tampa Bay secondary, throwing for 265 yards and two touchdowns. The turnovers on the Falcons’ end, however, ended up becoming Atlanta’s undoing. Late turnovers led to Tampa Bay touchdowns and helped the Buccaneers roll to the easy win at home.

Now Tampa Bay will take its 6-2 road record and aim for a seventh win away from home when they face the Washington Football Team in the nation’s capital. Kickoff is slated for 8:15pm and the game will be nationally televised on NBC’s production of ‘Sunday Night Football’. Tampa Bay clinched its first playoff berth since 2007 (New York Giants, 24-14 loss) and coincidentally one the last two teams they faced in the playoffs was Washington (2005).