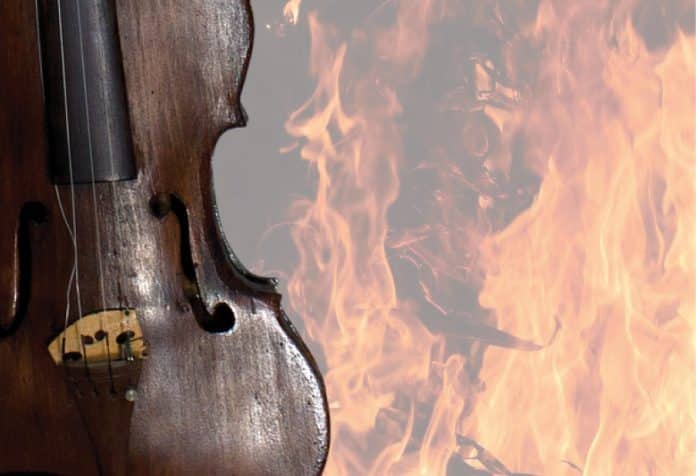 Democrats, Republicans, Independents, and non-voters act as if it is business as usual. Our entire reputation as the leader of the free world has vanished. China and Russia constantly taunt and ignore us as if we are the weakling on the block. Just like Rodney Dangerfield: “America can’t get no respect.”

As Rahm Emanuel stated, “never let a crisis go to waste.” The U.S. socialists have taken it to the next level, “create crises to frighten US citizens” and then they will follow like sheeple. The Chinese covid virus was an immense success. Parents were fearful for their children, older people for their lives, and everyone else was in a state of panic for their future. The “scientific government” demands shifted with contradictory dictates. Masks, social distancing, washing of groceries, variants of the virus saw the rules constantly changing. Almost two years later, some people are still wearing masks and sneaking around to avoid contact with others.

Already there is a “monkeypox” virus waiting in the wings. To add more chaos. Quickly came the rise in gas prices that were manufactured by Biden’s eliminating gas exploration, production, and transportation. The price of oil soared and so did inflation and led the economic downturn. Lie after lie is falsely blaming Putin for the oil crisis. In addition, all the self-inflicted political chaos is being fomented, the social democrats have opened a flood of immigrants at our southern border.

Another self-inflicted wound is Pelosi’s visit to Taiwan. It was supposed to be a surprise but had to be approved by the Biden administration. Premier Xi spoke to the world community that China could shoot down her flight. Biden’s response was to remain silent. This crisis demonstrates the Biden administration’s cowardice. Not only did the US lose face with China, but we appeared as a paper tiger. America has fallen from being the world leader.
In Europe, many citizens have forcefully demonstrated in the streets demanding their freedom. Sri Lankan citizens have responded with riots to express their anger over the corruption, lack of gasoline, and not allowing the use of non-organic fertilizer causing a food shortage, while US citizens remain in a coma or avoid any acknowledgment of our rapid decline.

What are we doing as the economy is sinking like a rock? We are acting like this is normal for our nation. It is absolutely one of the worst periods in the history of the United States. We have lost our free press that should report the real news to the people. Our military has been degraded and weakened with wokeness, censorship, and vaccine policies. Our law enforcement has been downsized and made impotent by wokism and leadership that saps the morale and dignity of the force. Most importantly, most of our own socialist leaders in power believe in the great reset that will bring a one-world communist government.

Klaus Shwab leader of the World Economic Forum, along with many powerful leaders does not agree with nations competing with each other. These leaders want to dictate all policy, not allow freedom and competition to reign. This is a transformation of the current world order based on human nature and replacing it with a new centrally controlled system (a totalitarian structure) in one quick stroke. Our corrupted leaders in both US political parties become even more wealthy and powerful in this new global government. We American citizens would lose our freedom, our individual wealth as we are the most successful economic nation in the world.

We Americans have the most to lose. A drastic reduction in our lifestyle would occur. The eradicating of our constitutional rights and freedom to live as we want will be most devastating to citizens. Almost all weakened independent nations are on the verge of being absorbed into this one-world dictatorship as soon as America capitulates.

It is hard to believe this is happening in front of our eyes. Many of us have foolishly stopped listening to the horrible news and continue to follow the insane dictates of our health and government officials. This lazy and cowardly approach is not the American way to handle crises of foreign and domestic intimidation.

On Monday evening unbelievably the FBI and DOJ raided the private home of Donald Trump the 45th president of the US and pending candidate for the 2024 presidential election. This is the first time any ex-president or candidate’s home was invaded by government agencies. Was this politically inspired or was there legal justification for this dramatic event during an election year? The allegations against Donald Trump appear to be less than the ones against Hillary Clinton and the FBI never raided her home.

Only by keeping vigilant can we unite to fight like our forefathers did. This is the only way to preserve our Godly, blessed nation and freedoms. We must stand up first to our own socialist-communist politicians then our foreign adversaries to keep our freedoms and rights that were provided by our ancestors’ Constitution and Bill of Rights.

Domenick Maglio, PhD. is a columnist carried by various newspapers and blogs, an author of several books and owner/director of Wider Horizons School, a college prep program. Dr. Maglio is an author of weekly newspaper articles, INVASION WITHIN and the latest book entitled, IN CHARGE PARENTING In a PC World. You can see many of Dr. Maglio’s articles at www.drmaglioblogspot.com. 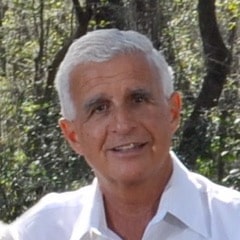 Dr. Domenick Magliohttp://www.drmaglioblogspot.com
Dr. Domenick Maglio holds a Ph.D. in Human Development with more than forty years of experience in the field of education and mental health. During his career, he has worked as a clinical psychologist in the Florida prison system. He served as the director of Hernando County Domestic Violence program for ten years. He also served as the director of Open Door for Mental Health, a program helping mentally ill patients transition from state mental hospitals to the community. He taught for a decade in higher education and served as a board member with the National Independent Private Schools Association.
Share
Facebook
Twitter
Email
Previous articleMeet the Candidates: Fla. House of Representatives District 52 – Aug. 23 Primary
Next articleDrop-off point recycling vs. curbside pickup
RELATED ARTICLES
Humor