‘City of Mermaids’ may not be a city in the future 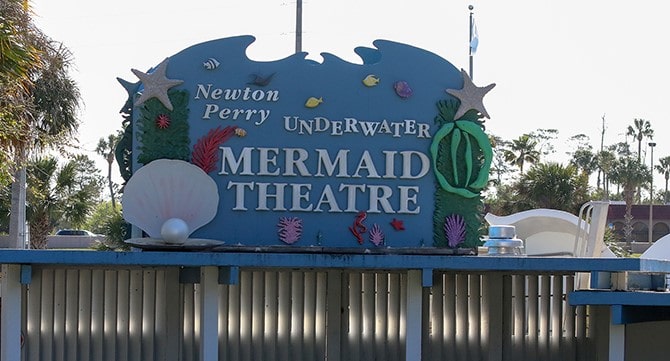 At the Legislative Delegation on Monday, November 18, 2019, the Hernando County Legislative Delegates voted unanimously to pass a local bill that would remove Weeki Wachee’s charter, resulting in the ‘City of Mermaids’ to be in name only.
In 1947, Newt Perry started the Weeki Wachee attraction. Girls performed by eating, drinking, and accomplishing other regular tasks under water. In 1966, someone had the bright idea of incorporating the City of Weeki Wachee, so it would appear on road signs and maps. Thus, the city of Weeki Wachee was born to provide free advertising for the park.

If the decision to dissolve the city is finalized in January, the 1.1 square mile area will then be governed by Hernando County.

The local bill was introduced by State Representative Blaise Ingoglia, who explained the reasoning behind its creation. The other members of the Legislative Delegation, Sen. Wilton Simpson of ( R – Trilby) and Rep. Ralph Massullo (R – Lecanto) then heard the allegations of problems with the city’s finances, election practices and general governmental transparency.

Ingoglia asserted at the meeting that Weeki Wachee has demonstrated issues with finances and election rules. Ingoglia added that he experienced difficulty in ascertaining the exact population of Weeki Wachee and certain financial publications, highlighting a lack of transparency.

Ingoglia also mentioned a possible conflict of interest, as all of the city’s elected officials are employees of the State Park, and have a responsibility to engage in business on the same land they are charged with protecting.  Other election irregularities include two officials who do not live within the city limits, and that regular elections have not been held.  The election issue brought the question by Ingoglia, “If you’re not duly elected, how can you duly tax someone?”

A 2014 audit quoted by Ingoglia declared Weeki Wachee in a “state of financial emergency.” The city is reported to be $1-2 million in arrears in legal fees, and “all of the taxing of the city… and none of it goes to the benefit of the city.”

The bill will not affect the springs or the state park.  Ingoglia presented the bill with caution, advising, “I will do some more due diligence and try to get some more information, but it has been very difficult to get information from the city of Weeki Wachee… We may even find information that may change our minds.”

Shannon Turbeville has been a vocal activist in protecting the natural resources of the Weeki Wachee springs and river. He has been instrumental in policy changes which has resulted in fewer rented kayaks on the river, as well as the banning of disposable items by river visitors, such as food wrappers and drink containers.

“Put this city out of its misery, and remove this unnecessary layer of government and taxation,” said Turbeville.

City of Weeki Wachee Attorney Joe Mason spoke to the delegation, citing “misinformation” with regard to the election issues.  Mason explained that the incumbent officials simply have had no challengers, and that the city charter did not require an election in such a case.   Information was not available about the itemization of legal fees.