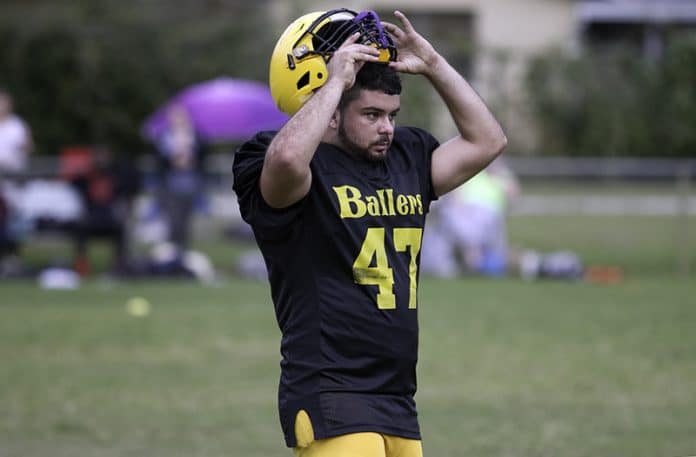 BROOKSVILLE- As many levels of sports scurry to figure out what kind of protocols to take as they head into their summer and potentially fall seasons, one sport that has somewhat been able to continue their campaigns has been adult amateur football throughout southeast Florida.

The state of Florida has teams in its northern and central areas that have just wrapped up their 2020 seasons and have even culminated with a league champion. The local Universal Football League (UFL) just finished up its 2020 season with the Golden Isles Grizzlies winning the championship over the Ocala based Central Florida Bulls by a score of 38-18 in Brunswick, Georgia.

It doesn’t seem too long ago when Hernando County had its own championship brought back to the city of Brooksville, as we go back in time to remember the 2013 Brooksville Ballers’ club that won the United Football Federation of America’s league title. It was the magical season that took place for the first year organization. The Ballers were led by quarterback Billy Hughes and they took the UFFOA by storm.

Competing in what would be one of Florida’s toughest leagues, the Ballers made a run all the way to the UFFOA’s United Cup III championship game that took place at Clearwater High School in 2013. The Ballers ended up defeating the Fort Myers-based Florida Stingrays by a score of 35-31 in what was a wild affair, which included just about everything. From plenty of touchdowns to a rainy filled second half, the game had tons of excitement all the way to the final whistle.

The Ballers were formerly an 11-man adult amateur football team that existed from 2013 to 2016, with the team finally ending operations after the 2016 season. There have been discussions among former team owners, coaches and players on bringing the club back.  Many of the players that were on the team back in 2013 continue to play adult amateur football to this very day.

Many have stuck together and continue to play for the Dunedin Pirates, who are part of the Football Federation Alliance 2.0. The Pirates are located in Dunedin, FL, and play their games down at Dunedin High School. Amongst those players that are still playing are Willie Jenkins Jr., Jesse Cowart, George Bowen, Pedro Class, and Kevin Moss, which all have played for the Ballers at one point or another. This group remains together despite having to make the commute to play football.

The hope is for the group that has stuck together since the 2013 season to recapture the moment they had together back on that very rainy night in Clearwater. Hoisting the trophy once again would be an accomplishment that would help bring clarity to their playing careers and ride off into the sunset one last time. Football is still alive and well, with the adult amateur level still bringing us some sort of hope sports is on the horizon.